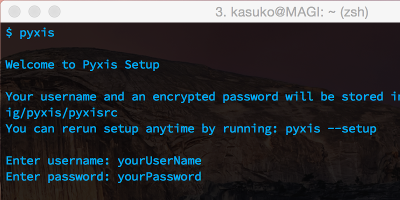 A change to the SiriusXM authentication caused it to break and I fixed it and created a patch, however to do this I became familliar with the code base and there were several other improvements I decided to implement. Due to the original maintainer not having the time to keep up with my flurry of changes Pyxis was born and was supported until SiriusXM changed to a flash based player that broke the authentication once more. However now that the web player was using flash functionality on Linux was supported so Pyxis support was dropped.